Kimia Alizadeh files for divorce from Hamed Madanchi in Germany 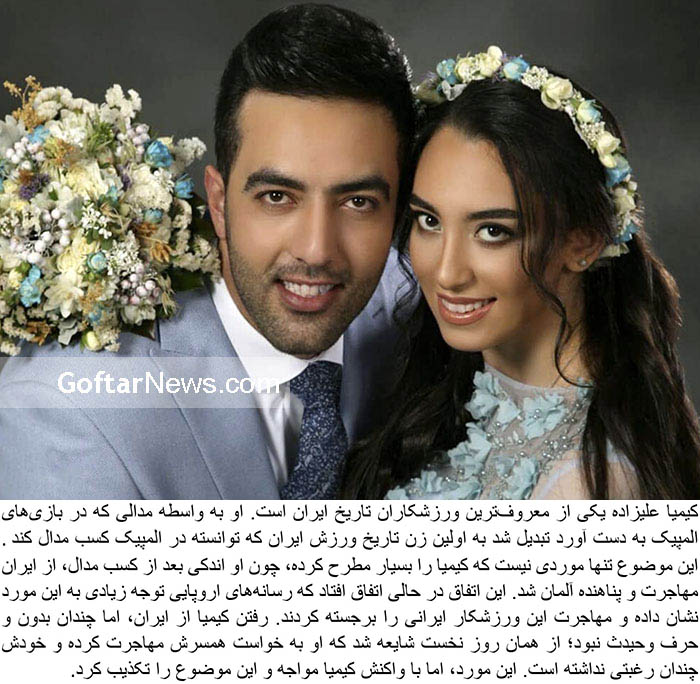 Kimia Alizadeh Zonouzi ( born 10 July 1998) is a Taekwondo athlete. Alizadeh won a bronze medal in the taekwondo 57 kg weight class at the 2016 Summer Olympics in Rio de Janeiro by defeating Swedish athlete Nikita Glasnović. This made her the first woman to win a medal at a Summer Olympics. She also won a gold medal in the women’s 63-kg class at the Nanjing 2014 Youth Olympic Games. She beat London 2012 and Rio de Janeiro 2016 gold medallist Jade Jones at the 2015 World Championship to win a bronze medal. She also won a silver medal two years later at the 2017 World Taekwondo Championships.

Mahlagha Jaberi attends the Opening Night Gala screening of “What’s Love Got To Do With It?” at the Red Sea … END_OF_DOCUMENT_TOKEN_TO_BE_REPLACED

Shiva Balochi, the actress in the series Nurses, wrote: As the smallest member of the Muslim community, the hijab has … END_OF_DOCUMENT_TOKEN_TO_BE_REPLACED

Shohreh Mousavi, one of the directors of the Badran Company, who defrauded over 9,000 billion tomans from 300,000 people by … END_OF_DOCUMENT_TOKEN_TO_BE_REPLACED

“Evil and passion work with him.” Open the heart valves. “Its night song can be heard all over the world.” … END_OF_DOCUMENT_TOKEN_TO_BE_REPLACED