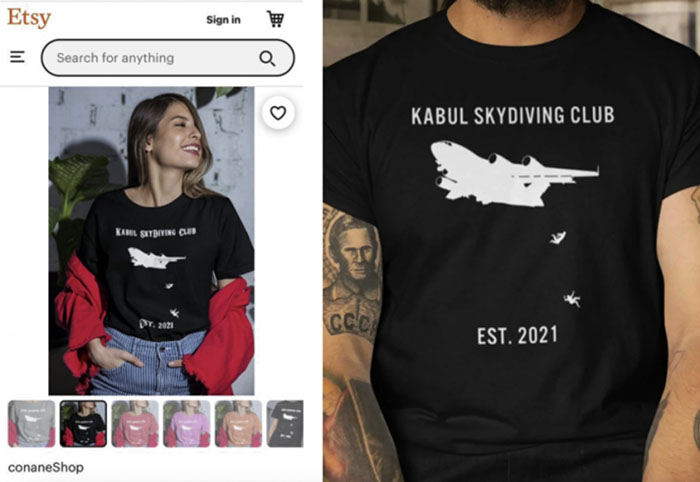 The company behind the shirts – called TShirt At Low Price – says it aims to produce clothing which ‘catch the latest trend’. It claims to be headquartered in Singapore, but has a warehouse address in California and sells in the United States and around the world. The shirts are being modelled by two men – one whose face is not shown but who has a large Soviet tattoo on his arm. In a blurb about the clothing, the sellers say the deaths has ‘officially become a phenomenon’ and has ‘gone viral on the Internet’.

When you eat a protein-rich diet, you automatically avoid overeating, which makes you shed some pounds without counting calories. A … END_OF_DOCUMENT_TOKEN_TO_BE_REPLACED

Yes, the color red can bring associations with aggression and dominance. Researchers have found that athletes who wear this color … END_OF_DOCUMENT_TOKEN_TO_BE_REPLACED

Born in Khorramdareh, he is the eldest of six siblings. Inspired by the Beatles, he formed a boy band known … END_OF_DOCUMENT_TOKEN_TO_BE_REPLACED