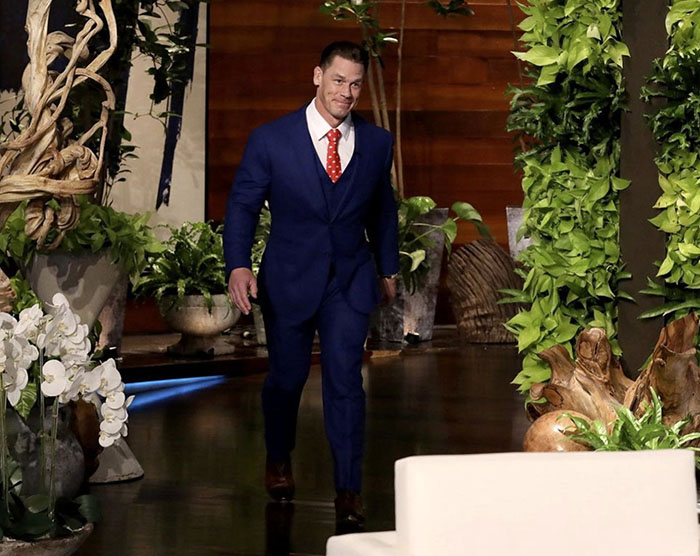 The day after making a “Tonight Show Starring Jimmy Fallon” appearance, wrestler-actor John Cena heads to daytime television. Again supporting his new HBO Max series “Peacemaker,” Cena appears on Tuesday’s edition of “The Ellen DeGeneres Show.” An in-studio guest, Cena chats about a meaningful Christmas gift he received at a young age. He also speaks on his WWE future, acknowledging that while he might not be part of this year’s WrestleMania, he is not done with wrestling entirely.

Shahkar Bineshpajooh (born 13 December 1972) is a poet, translator, composer, and singer. Bineshpahjooh has performed with orchestras in Europe … END_OF_DOCUMENT_TOKEN_TO_BE_REPLACED

Omid R. Kordestani (born 1963) is a businessman who is a member of the board at Twitter and was previously … END_OF_DOCUMENT_TOKEN_TO_BE_REPLACED

“To be a good host, you need to be very comfortable in your own skin. It’s vital that you feel … END_OF_DOCUMENT_TOKEN_TO_BE_REPLACED