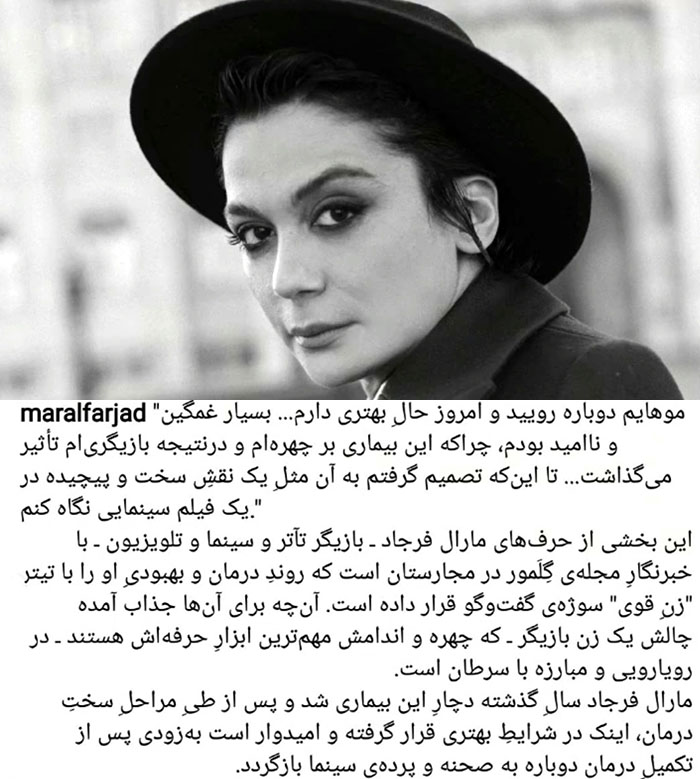 The actress Maral Farjad has already starred in countless theatrical performances and films. Her name may sound familiar to film fans in Europe and America as well, as the film Immortality has been a great success at several festivals and the actress has received several awards for her portrayal. He was diagnosed with cancer last year, which he sees as one of the hardest roles of his life he has to deal with. She is currently participating in a series of photos in Budapest, she wants to show the world how strong women are and that it is always worth fighting for.

As Donald Trump made abundantly clear during his four years in office, he absolutely hated the job of being president. … END_OF_DOCUMENT_TOKEN_TO_BE_REPLACED

A millionaire Iranian influencer’s gold McLaren supercar was seized after police found him driving it without insurance. Pooyan Mokhtari, 31, … END_OF_DOCUMENT_TOKEN_TO_BE_REPLACED