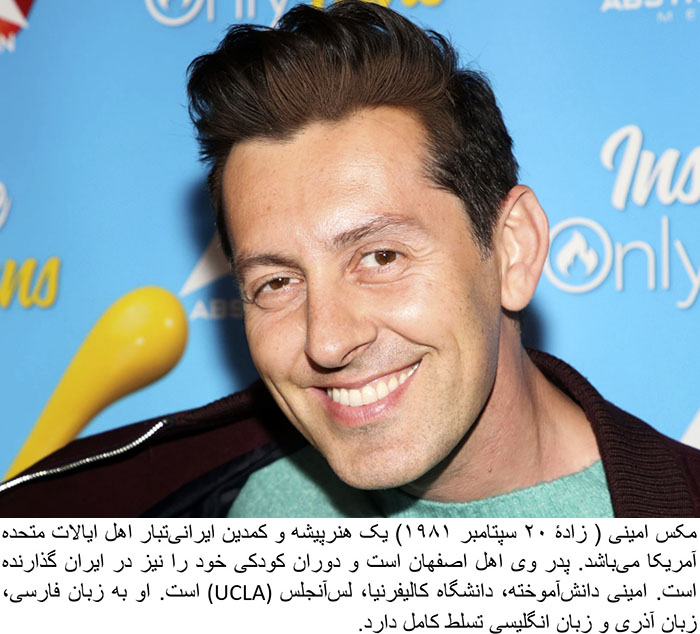 Max Amini (born in 1981 in Tucson, Arizona) is an American comedian. He is trilingual in English, Persian and Azerbaijani. As an actor, Max has numerous film and television credits including NBC’s Heroes, regular appearances on Comedy Central’s Mind of Mencia, and a leading role in the film How Beer Pong Saved My Life.
Comedian Max Amini attends the Inside OnlyFans podcast launch party at No Vacancy in Los Angeles, California.

While the hijab monitoring machine and suppression of women’s clothing have returned to the streets after a few months, the … END_OF_DOCUMENT_TOKEN_TO_BE_REPLACED

Cardboard imam refers to the set of cardboard replicas made of Seyyed Ruhollah Khomeini, which were first used in the … END_OF_DOCUMENT_TOKEN_TO_BE_REPLACED

After the departure of the Dutch striker Jurgen Lokadia from the Persepolis team, the directors of this club thought of … END_OF_DOCUMENT_TOKEN_TO_BE_REPLACED

On this special cover, apart from Golshifteh Farahani and Zaramira Brahimi, ten other famous faces have supported  protesting women, and … END_OF_DOCUMENT_TOKEN_TO_BE_REPLACED