In MEMORY OF Mahsa Amini, Golshifteh Farahani, a Paris-based actress, was photographed 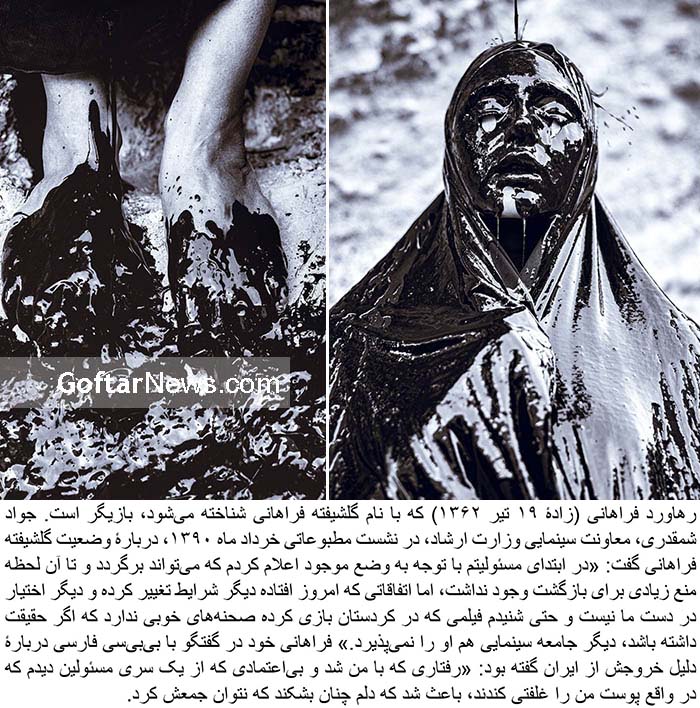 You thought you could make women disappear under your darkness, No, we will haunt your dreams

Rahavard Farahani (born on July 19, 1362), known as Golshifteh Farahani, is an actress. At a press conference in June 2013, Javad Shamqadari, deputy director of the Ministry of Guidance, said about Golshifteh Farahani’s situation: “At the beginning of my tenure, I announced that she could return, and until that moment, there was not much to prevent her from returning, but the events that today, the conditions have changed and we are no longer in control, and I even heard that the film he shot in Kurdistan does not have good scenes, and if it is true, the cinema society will not accept him anymore.” In a conversation with BBC Farsi, Farahani himself said about the reason for his departure: “The way I was treated and the lack of trust I saw from a series of officials who actually ripped my skin caused my heart to break so much that it cannot be collected.”

Mahlagha Jaberi attends the Opening Night Gala screening of “What’s Love Got To Do With It?” at the Red Sea … END_OF_DOCUMENT_TOKEN_TO_BE_REPLACED

Shiva Balochi, the actress in the series Nurses, wrote: As the smallest member of the Muslim community, the hijab has … END_OF_DOCUMENT_TOKEN_TO_BE_REPLACED

Shohreh Mousavi, one of the directors of the Badran Company, who defrauded over 9,000 billion tomans from 300,000 people by … END_OF_DOCUMENT_TOKEN_TO_BE_REPLACED

“Evil and passion work with him.” Open the heart valves. “Its night song can be heard all over the world.” … END_OF_DOCUMENT_TOKEN_TO_BE_REPLACED