How Celebrities Celebrated the Holidays This Year? 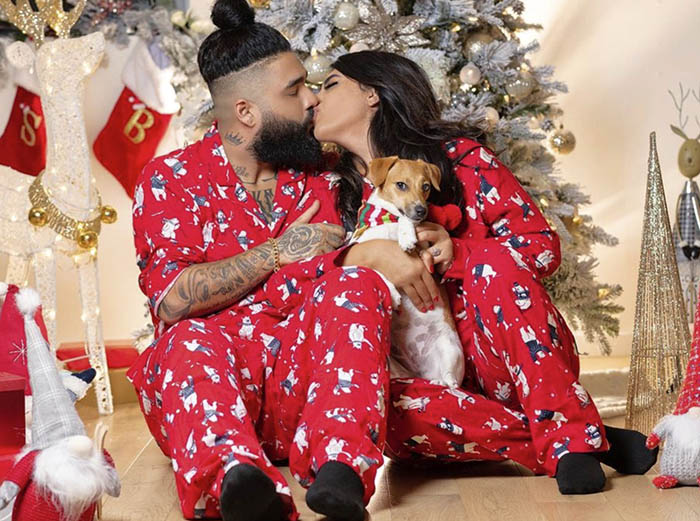 Sasan Yafteh (born 11 November 1988), better known by his stage name, Sasy, formerly known as Sasy Mankan, is a pop singer-songwriter from Ahvaz. Reuters has described him as one of Iran’s most popular underground singers. Sasy’s hit song “Gentleman” has over 100 million plays on the Persian music station Radio Javan. In March 2021, the release of the music video for the song “Tehran Tokyo” by Sasy Mankan, starring porn star Alexis Texas, was met with much criticism. A group called his songs immoral for young audiences, and a fall into art and culture, the result of preventing real happiness in society and the lack of teaching Iranian music in schools. A group blamed the broadcaster’s poor performance on music and its closed view.

Mahlagha Jaberi attends the Opening Night Gala screening of “What’s Love Got To Do With It?” at the Red Sea … END_OF_DOCUMENT_TOKEN_TO_BE_REPLACED

Shiva Balochi, the actress in the series Nurses, wrote: As the smallest member of the Muslim community, the hijab has … END_OF_DOCUMENT_TOKEN_TO_BE_REPLACED

Shohreh Mousavi, one of the directors of the Badran Company, who defrauded over 9,000 billion tomans from 300,000 people by … END_OF_DOCUMENT_TOKEN_TO_BE_REPLACED

“Evil and passion work with him.” Open the heart valves. “Its night song can be heard all over the world.” … END_OF_DOCUMENT_TOKEN_TO_BE_REPLACED