Highlights of Parviz Parastui travel in the U.S. 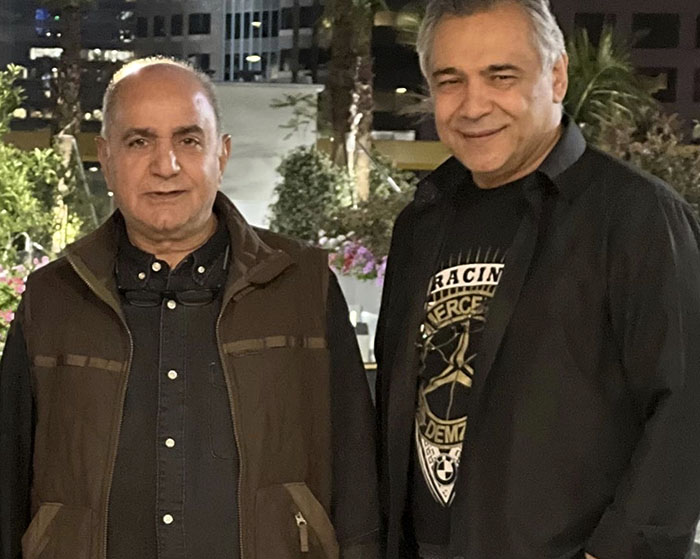 The film that made him known worldwide is the comedy The Lizard (2004) where he played the role of a fugitive thief dressed as a mullah to escape imprisonment. He received the Special Jury Award for his performance from Fajr Film Festival. In Majid Majidi’s The Willow Tree (2005), he played a blind man who falls in love with someone other than his wife when he gets the chance to see again. He won his second Crystal Simorgh for Best Actor in a Lead Role for his performance in that film from Fajr Film Festival and another Crystal Simorgh for Best Actor in a Leading Role for his performance in In the Name of the Father (2006).

Mahlagha Jaberi attends the Opening Night Gala screening of “What’s Love Got To Do With It?” at the Red Sea … END_OF_DOCUMENT_TOKEN_TO_BE_REPLACED

Shiva Balochi, the actress in the series Nurses, wrote: As the smallest member of the Muslim community, the hijab has … END_OF_DOCUMENT_TOKEN_TO_BE_REPLACED

Shohreh Mousavi, one of the directors of the Badran Company, who defrauded over 9,000 billion tomans from 300,000 people by … END_OF_DOCUMENT_TOKEN_TO_BE_REPLACED

“Evil and passion work with him.” Open the heart valves. “Its night song can be heard all over the world.” … END_OF_DOCUMENT_TOKEN_TO_BE_REPLACED