Googoosh CELEBRATING THE LAUNCH OF HER PERFUME in the U.S. 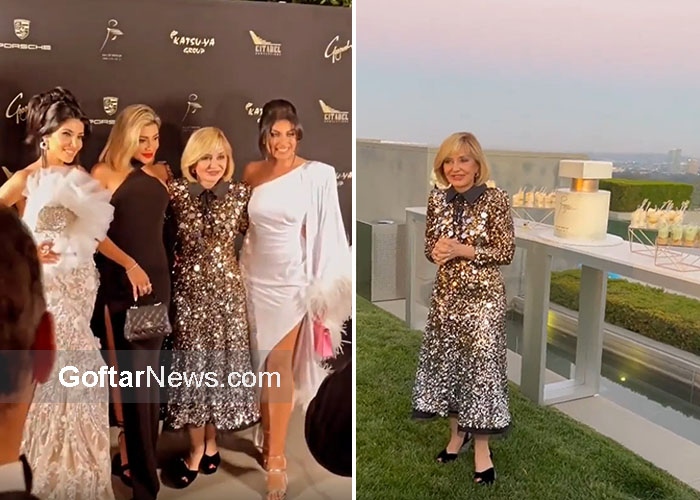 She is mainly known for her contributions to pop music, but she also starred in a variety of Persian movies from the 1950s to the 1970s. She achieved the pinnacle of her fame and success towards the end of the 1970s. In the 1970s, Googoosh was widely emulated by women, as they copied her clothing (miniskirts) and her short haircut (known as the “Googooshi”). Following the Revolution in 1979, she remained until 2000 and did not perform again during that period due to the ban on female singers. Younger generations of have rediscovered her music via bootleg recordings.

Iman Eshraghi, Actor: Morchekhar. Iman Eshraghi is an actor, known for Morchekhar (2020). Avoid the allure of the beautiful, polished, … END_OF_DOCUMENT_TOKEN_TO_BE_REPLACED

A millionaire influencer’s gold McLaren supercar was seized after police found him driving it without insurance. Pooyan Mokhtari, 31, was … END_OF_DOCUMENT_TOKEN_TO_BE_REPLACED

If you’re trying to save money through budgeting but still carrying a large debt burden, start with the debt. Not … END_OF_DOCUMENT_TOKEN_TO_BE_REPLACED

Reyhaneh Parsa (born 23 February 1999) is an actress. Reyhaneh Parsa was born on the first of Esfand 1999 in … END_OF_DOCUMENT_TOKEN_TO_BE_REPLACED