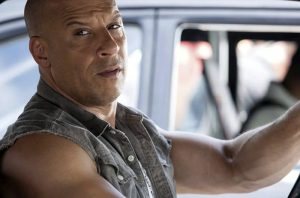 The first reviews of the latest installment in the Fast and Furious franchise, Fast and Furious 9, are out. The critics’ take on F9 are mixed, tilting more towards the negative side so far. Directed by Justin Lin, the actioner stars Vin Diesel, Michelle Rodriguez, Charlize Theron, Helen Mirren and John Cena, among others. Variety’s critic Owen Gleiberman called Fast and Furious 9 a ‘less furious sequel’ in the action series. “Sometimes, when you least expect it, a successful franchise will essentially morph into a different series. Over time, the Mission: Impossible films became Bond films.

The Fast and Furious films have become Mission: Impossible films. But F9 isn’t constructed around an exciting mission. It’s built around Vin Diesel and John Cena playing out the angst from the Toretto brothers’ past. The family plot ‘works’ (even as you’re aware of how thinly written Cena’s character is), but it’s not enough of an anchor; it’s more like an excuse. This series didn’t need more ‘heart.’ It needed everyone onscreen to get up to speed,” read a section of the review.

The Hollywood Reporter writer John Defore dismissed F9 in his take of the movie and wrote, “As in Lin’s last feature, the disappointing Star Trek Beyond, the director/cowriter takes a quantity-over-quality approach, throwing more action, subplots and characters into the mix than any movie needs while still leaving one with the sense that something’s missing. The maximalist strategy makes even less sense considering the simple idea at this episode’s heart: Dom has a brother his pals don’t know about; a tragedy in their youth separated them; and now he’s a bad guy.” Indiewire’s critic David Ehrlich was more benevolent in his review of the actioner as he mentioned, “If F9 works — and it does, at least by the time the Coronas are popped open — it’s because Lin still understands how these movies have come to work best as feature-length dolly zooms that push in on Dom’s vulnerability by widening out to an inhuman scale.

This is, by FAR, the biggest, wildest, gravity-defying-iest Fast and Furious installment yet (one scene towards the end is guaranteed to make your jaw drop at the gloriously braindead chutzpah of it all), and yet Lin and Daniel Casey’s screenplay is only able to stretch the action to such farcical heights because it offsets that spectacle by drilling into Dom’s character on a deeper level than the franchise ever has before.”

After the departure of the Dutch striker Jurgen Lokadia from the Persepolis team, the directors of this club thought of … END_OF_DOCUMENT_TOKEN_TO_BE_REPLACED

On this special cover, apart from Golshifteh Farahani and Zaramira Brahimi, ten other famous faces have supported  protesting women, and … END_OF_DOCUMENT_TOKEN_TO_BE_REPLACED

Rafaela Santos is the sister of one of the most prominent and famous footballers in the world, but apart from … END_OF_DOCUMENT_TOKEN_TO_BE_REPLACED

Anashid Hosseini was born on January 24, 1992 in Ahvaz. His family moved very soon, a year after his birth. … END_OF_DOCUMENT_TOKEN_TO_BE_REPLACED

Neda Agha-Soltan (23 January 1983 – 20 June 2009) was an Iranian student of philosophy, who was participating in the … END_OF_DOCUMENT_TOKEN_TO_BE_REPLACED