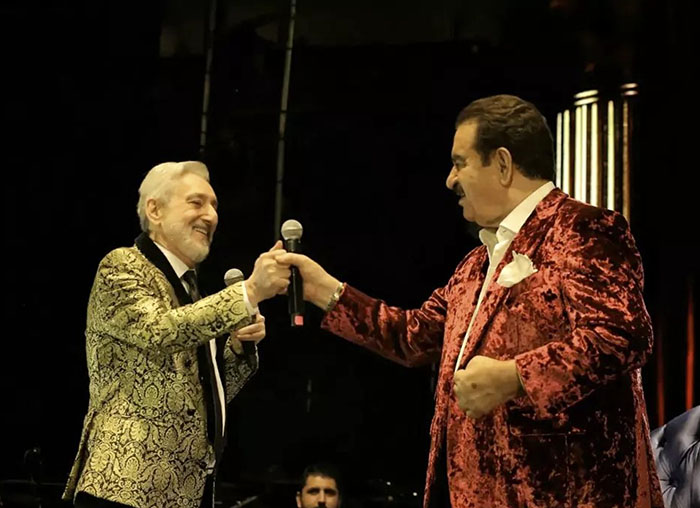 Since the Islamic revolution, Ebi’s music has been illegal to play in Iran, yet his audience is ever growing, both inside, and outside of his birth country. This is manifested by 5 decades of touring the globe, performing for millions of fans, selling out some of the most prestigious venues in the world: Royal Albert Hall, Microsoft Theatre L.A Live, Wembley Stadium, Sydney Opera House, Air Canada Center, Globen, Cologne Arena, Sony Center Toronto, Queen Elizabeth Theatre, Greek Theatre Los Angeles, and many many more.

Mahlagha Jaberi attends the Opening Night Gala screening of “What’s Love Got To Do With It?” at the Red Sea … END_OF_DOCUMENT_TOKEN_TO_BE_REPLACED

Shiva Balochi, the actress in the series Nurses, wrote: As the smallest member of the Muslim community, the hijab has … END_OF_DOCUMENT_TOKEN_TO_BE_REPLACED

Shohreh Mousavi, one of the directors of the Badran Company, who defrauded over 9,000 billion tomans from 300,000 people by … END_OF_DOCUMENT_TOKEN_TO_BE_REPLACED

“Evil and passion work with him.” Open the heart valves. “Its night song can be heard all over the world.” … END_OF_DOCUMENT_TOKEN_TO_BE_REPLACED