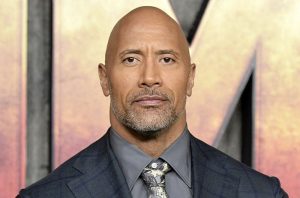 Hollywood star Dwayne Johnson is set to voice Krypto the Super-Dog in Warner Bros’ upcoming animated feature DC League of Super-Pets. The former WWE star is currently in production on another Warner Bros/DC project, Black Adam, which will mark his long-awaited debut in the superhero genre. DC League of Super-Pets will centers on Superman’s dog, who teams up with a flying cat to stop crime while the Man of Steel is on vacation, reported Variety.Jared Stern is writing and directing the film, which will release in US theatres on May 20, 2022.

Sam Levine will serve as co-director on the project, which Johnson is producing through his company Seven Bucks Productions, along with his partners Dany Garcia and Hiram Garcia. Patricia Hicks, Jared Stern will also produce, while John Requa, Glenn Ficarra and Nicholas Stoller will serve as executive producers. Dwayne Johnson‘s Black Adam, which will also feature Noah Centineo, Aldis Hodge and Pierce Brosnan, is set to release theatrically in July 2022. The actor is currently awaiting the release of his Disney movie Jungle Cruise, and Netflix actioner Red Notice, co-starring Gal Gadot and Ryan Reynolds.

After the departure of the Dutch striker Jurgen Lokadia from the Persepolis team, the directors of this club thought of … END_OF_DOCUMENT_TOKEN_TO_BE_REPLACED

On this special cover, apart from Golshifteh Farahani and Zaramira Brahimi, ten other famous faces have supported  protesting women, and … END_OF_DOCUMENT_TOKEN_TO_BE_REPLACED

Rafaela Santos is the sister of one of the most prominent and famous footballers in the world, but apart from … END_OF_DOCUMENT_TOKEN_TO_BE_REPLACED

Anashid Hosseini was born on January 24, 1992 in Ahvaz. His family moved very soon, a year after his birth. … END_OF_DOCUMENT_TOKEN_TO_BE_REPLACED

Neda Agha-Soltan (23 January 1983 – 20 June 2009) was an Iranian student of philosophy, who was participating in the … END_OF_DOCUMENT_TOKEN_TO_BE_REPLACED