Cannibals in region where Michael Rockefeller was killed and eaten 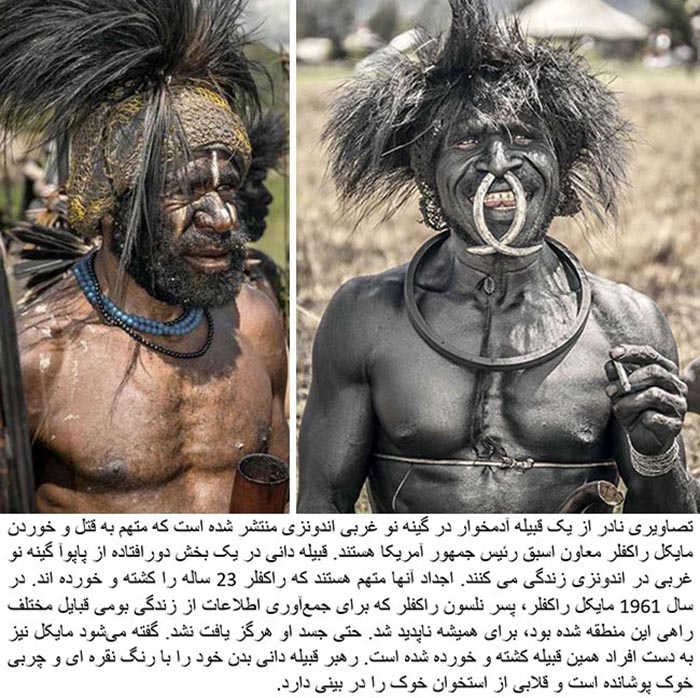 Rockefeller disappeared after a trading canoe that he was travelling in down the cannibal coast of New Guinea capsized while he was collecting the wooden carvings for his father’s recently opened Museum of Primitive Art. This is the isolated tribe in Indonesia, where American heir Michael Rockefeller was supposedly murdered and eaten sixty years ago, before they renounced cannibalism and turned to Christianity.

While the hijab monitoring machine and suppression of women’s clothing have returned to the streets after a few months, the … END_OF_DOCUMENT_TOKEN_TO_BE_REPLACED

Cardboard imam refers to the set of cardboard replicas made of Seyyed Ruhollah Khomeini, which were first used in the … END_OF_DOCUMENT_TOKEN_TO_BE_REPLACED

After the departure of the Dutch striker Jurgen Lokadia from the Persepolis team, the directors of this club thought of … END_OF_DOCUMENT_TOKEN_TO_BE_REPLACED

On this special cover, apart from Golshifteh Farahani and Zaramira Brahimi, ten other famous faces have supported  protesting women, and … END_OF_DOCUMENT_TOKEN_TO_BE_REPLACED