Camelia Entekhabifard during her visit in Jeddah, Saudi Arabia 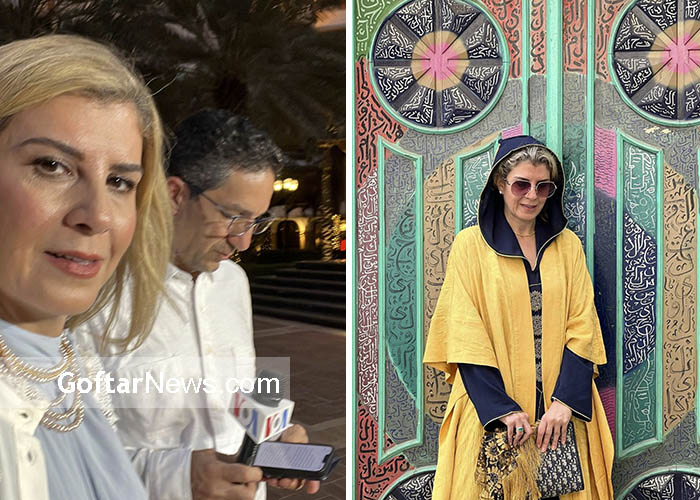 She is a prolific speaker about Iran and Afghanistan, having taken the stage at prestigious institutions such as Emirates Security Conference, Columbia University, Asia Society, New York Public Library and Pen Festival. She is a news commentator and frequently appears on Al-Arabiya, Sky News, Al-Hadath, i24News, Alaraby TV, BBC, CNN and other news channels. Her book Camelia: Save Yourself by Telling the Truth Memoir of Iran was published in March 2007 and translated into several languages including English, Arabic, Portuguese, Italian and Turkish.

Ali Daei started his football career with Esteghlal Ardabil. He joined the Tehran taxi team after being admitted to Sharif … END_OF_DOCUMENT_TOKEN_TO_BE_REPLACED

In recent days, it has been observed that the government has used teenagers and students in military uniforms and equipment … END_OF_DOCUMENT_TOKEN_TO_BE_REPLACED

Mohammad Reza Golzar was born on April 1, 1356. He is an actor, singer, and composer. He graduated from Azad … END_OF_DOCUMENT_TOKEN_TO_BE_REPLACED

Elham Hamidi, a famous actress, was born on December 8, 1956. Her education level: Elham Hamidi graduated with a bachelor’s … END_OF_DOCUMENT_TOKEN_TO_BE_REPLACED