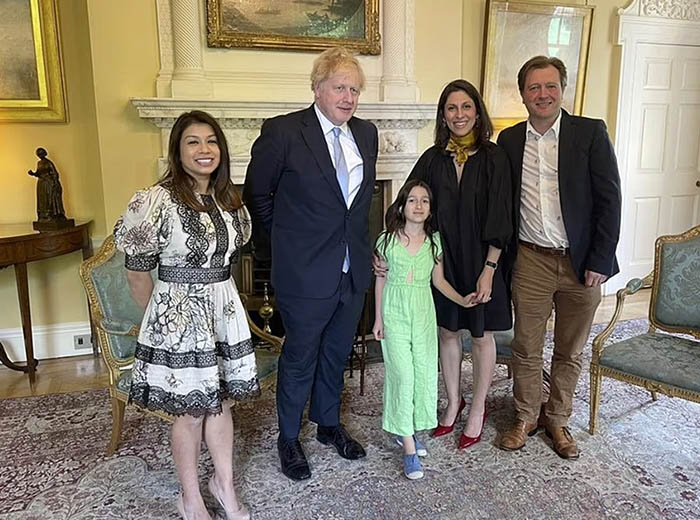 After facing a sustained backlash over the remarks, Mr Johnson previously equivocated that he was sorry ‘if (he had) inadvertently caused any further anguish’. ‘But no, I think, it is not like when this is over that you feel angry. Relief is what I honestly feel.’ Asked earlier whether Mr Johnson would be apologising to Nazanin, the spokesman replied: ‘I think it is important to remember that it was the government who were responsible for her unfair detention, and the decision to release her was always in their gift.

Shirin Naseri was born on August 26, 1368 in Mashhad. Practice your communication skills so you present clearly. Presenting requires … END_OF_DOCUMENT_TOKEN_TO_BE_REPLACED

Who is Rajwa Al Saif, Crown Prince Hussein’s Fiancée? The heir to the Jordanian throne has announced his engagement and … END_OF_DOCUMENT_TOKEN_TO_BE_REPLACED

Many international couples planning a destination wedding are choosing our country, not only for the scenery and charming wedding venues, … END_OF_DOCUMENT_TOKEN_TO_BE_REPLACED