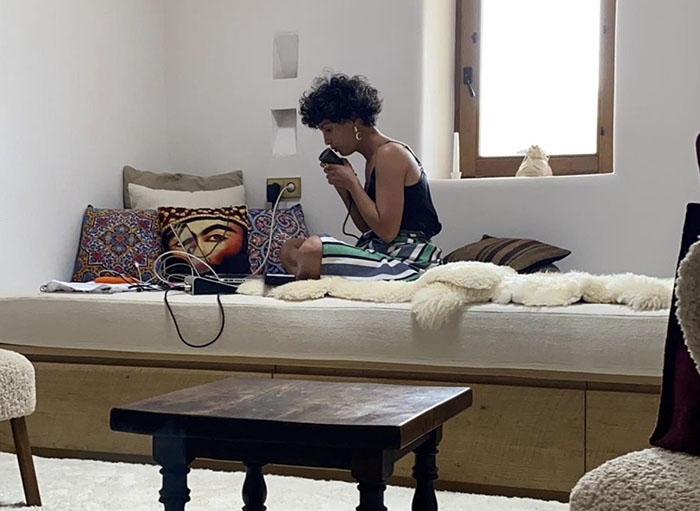 In 2017, Pravi released her first official single “Pas grandir”. The single was later included on her self-titled debut extended play, which was released the following year. Also in 2017, Pravi starred in the television film La Sainte famille, which was later broadcast on France 2 in December 2019. From 2017 until 2018, Pravi performed on the 55 Tour, supporting French singer Florent Pagny. At the end of 2018, Pravi decided to alter her musical style by adopting a more traditional French chanson style, rather than the pop music that had dominated her early releases.

Mahlagha Jaberi attends the Opening Night Gala screening of “What’s Love Got To Do With It?” at the Red Sea … END_OF_DOCUMENT_TOKEN_TO_BE_REPLACED

Shiva Balochi, the actress in the series Nurses, wrote: As the smallest member of the Muslim community, the hijab has … END_OF_DOCUMENT_TOKEN_TO_BE_REPLACED

Shohreh Mousavi, one of the directors of the Badran Company, who defrauded over 9,000 billion tomans from 300,000 people by … END_OF_DOCUMENT_TOKEN_TO_BE_REPLACED

“Evil and passion work with him.” Open the heart valves. “Its night song can be heard all over the world.” … END_OF_DOCUMENT_TOKEN_TO_BE_REPLACED