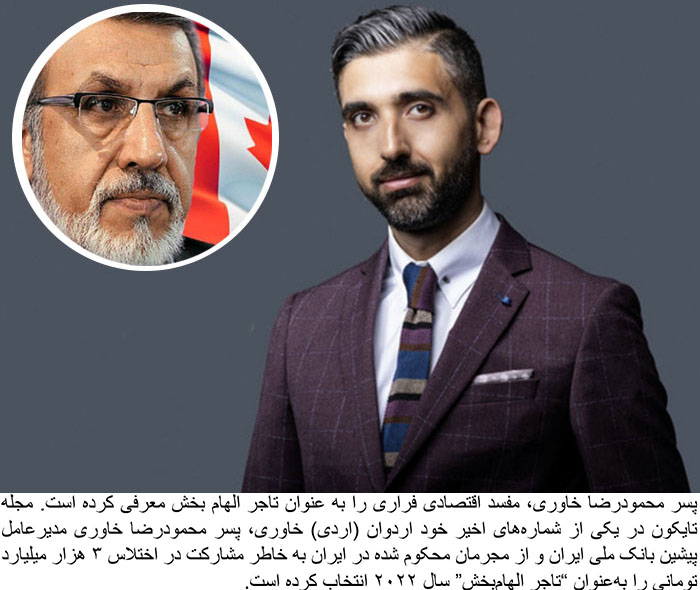 Mahmoud Reza Khavari (born May 26, 1952) is a former banker who was involved in the 2011 embezzlement scandal. In 2005 he became a Canadian citizen. He is a fugitive wanted by the judicial authorities of Republic. As of October 2016, Khavari was wanted by Interpol. He was chairman of Bank Melli until September 2011 and chairman of Bank Sepah’s board of directors from December 2003 until at least March 2005.

Shahkar Bineshpajooh (born 13 December 1972) is a poet, translator, composer, and singer. Bineshpahjooh has performed with orchestras in Europe … END_OF_DOCUMENT_TOKEN_TO_BE_REPLACED

Omid R. Kordestani (born 1963) is a businessman who is a member of the board at Twitter and was previously … END_OF_DOCUMENT_TOKEN_TO_BE_REPLACED

“To be a good host, you need to be very comfortable in your own skin. It’s vital that you feel … END_OF_DOCUMENT_TOKEN_TO_BE_REPLACED