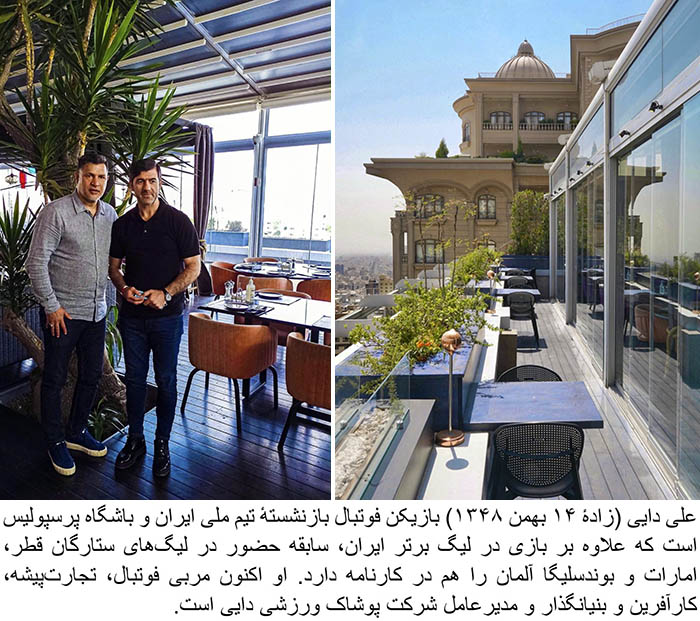 Ali Daei pronounced ( born 21 March 1969) is a former professional footballer, football manager and businessman. A striker, he was the captain of the national team between 2000 and 2006 and played in the German Bundesliga for Arminia Bielefeld, Bayern Munich and Hertha Berlin. He is regarded as one of the best Asian footballers of all time.

Sina Mehrad is an actor and assistant director, known for Paat (2013), Blue Blood. “When you’re shooting fashion and beauty … END_OF_DOCUMENT_TOKEN_TO_BE_REPLACED

Niki Karimi (born 10 November 1971) is an actress, director, screenwriter and producer. Regarded as the most prominent figure among … END_OF_DOCUMENT_TOKEN_TO_BE_REPLACED

Maria Vladimirovna Zakharova was born on December 24, 1975 in Moscow, in the family of a Russian diplomat. From an … END_OF_DOCUMENT_TOKEN_TO_BE_REPLACED