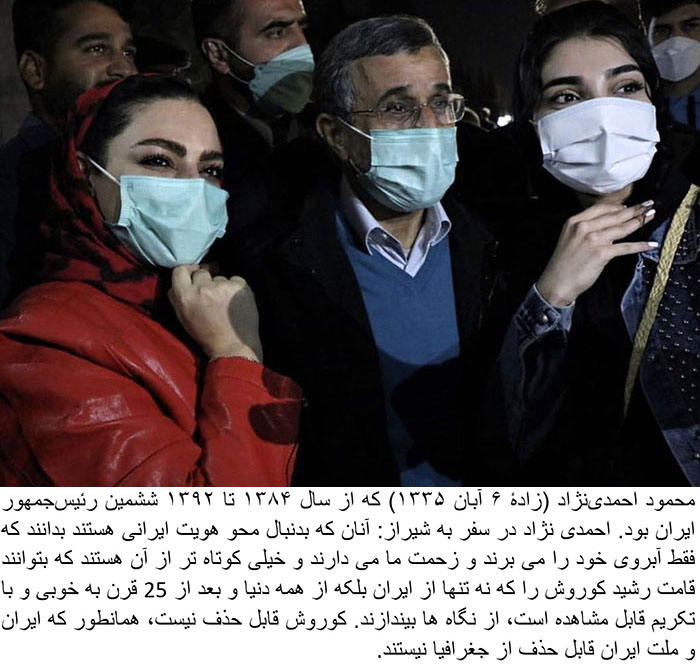 Mahmoud Ahmadinejad ( 28 October 1956),is a conservative politician who served as the sixth president of from 2005 to 2013. He was known for his hardliner views and nuclearisation. He was also the main political leader of the Alliance of Builders, a coalition of conservative political groups in the country, and served as mayor of from 2003 to 2005, reversing many of his predecessor’s reforms. An engineer and teacher from a poor background, ideologically shaped by thinkers such as Navvab Safavi, Jalal Al-e-Ahmad and Ahmad Fardid, Ahmadinejad joined the Office for Strengthening Unity after the Revolution. Appointed a provincial governor in 1993, he was replaced along with all other provincial governors in 1997 after the election of President Mohammad Khatami and returned to teaching. Tehran’s council elected him mayor in 2003. He took a religious hard line, reversing reforms of previous moderate mayors. His 2005 presidential campaign, supported by the Alliance of Builders of Islamic Iran, garnered 62% of the runoff election votes, and he became president on 3 August 2005.

While the hijab monitoring machine and suppression of women’s clothing have returned to the streets after a few months, the … END_OF_DOCUMENT_TOKEN_TO_BE_REPLACED

Cardboard imam refers to the set of cardboard replicas made of Seyyed Ruhollah Khomeini, which were first used in the … END_OF_DOCUMENT_TOKEN_TO_BE_REPLACED

After the departure of the Dutch striker Jurgen Lokadia from the Persepolis team, the directors of this club thought of … END_OF_DOCUMENT_TOKEN_TO_BE_REPLACED

On this special cover, apart from Golshifteh Farahani and Zaramira Brahimi, ten other famous faces have supported  protesting women, and … END_OF_DOCUMENT_TOKEN_TO_BE_REPLACED