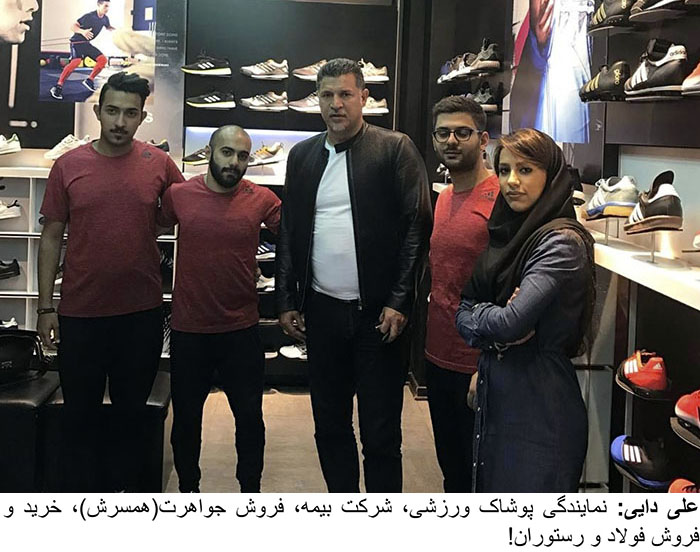 Ali Daei ( born 21 March 1969) is a former professional footballer, football manager and businessman. A striker, he was captain of the national team between 2000 and 2006 and played in the German Bundesliga for Arminia Bielefeld, Bayern Munich and Hertha Berlin. A tall forward, Daei was a prolific goalscorer and was known for his heading accuracy and ability in the air. He was the world’s top international goalscorer with 109 goals, until his record was broken by Cristiano Ronaldo in 2021. During his playing career, Daei was appointed a UNICEF Goodwill Ambassador in 2001. Following his retirement, Daei served as a member of the FIFA Football Committee between 2007 and 2013. In 2014, he was inducted into the Asian Football Hall of Fame.

The Sharif University of Technology is a public research university. It is widely considered as the nation’s leading institution for … END_OF_DOCUMENT_TOKEN_TO_BE_REPLACED

Successful artists don’t frame things around “not enough.” There is never enough time, not enough money, not enough confidence, not … END_OF_DOCUMENT_TOKEN_TO_BE_REPLACED

Yasmine Pahlavi is the wife of Reza Pahlavi, the last crown prince of the former Imperial State. She worked for … END_OF_DOCUMENT_TOKEN_TO_BE_REPLACED

Ali Daei started his football career with Esteghlal Ardabil. He joined the Tehran taxi team after being admitted to Sharif … END_OF_DOCUMENT_TOKEN_TO_BE_REPLACED