70th birthday of Nasrollah Moein in the U.S. 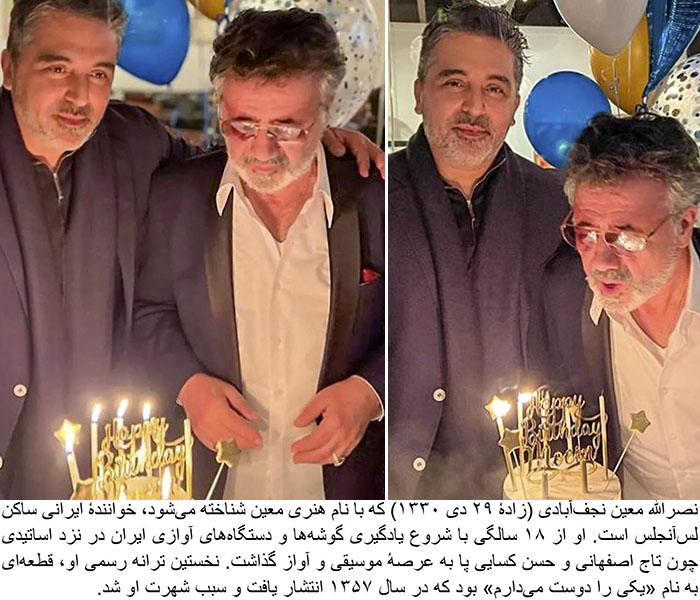 Nasrollah Moein, is a singer. Moein was born in Najafabad, a city in Isfahan Province. He began his artistic caree as a radio singer and released several albums before Miparastam in 1983, which was his first album to be widely noticed in Iran. The name of this album was Ghazal. In recent years, Moein has become widely acclaimed in Iran and he has played concerts all around the globe. He is referred to as “Javdan Sedaye Eshgh,” which translates to “The Eternal Voice of Love”. He has two daughters, Paricheh and Setareh.

As Donald Trump made abundantly clear during his four years in office, he absolutely hated the job of being president. … END_OF_DOCUMENT_TOKEN_TO_BE_REPLACED

A millionaire Iranian influencer’s gold McLaren supercar was seized after police found him driving it without insurance. Pooyan Mokhtari, 31, … END_OF_DOCUMENT_TOKEN_TO_BE_REPLACED