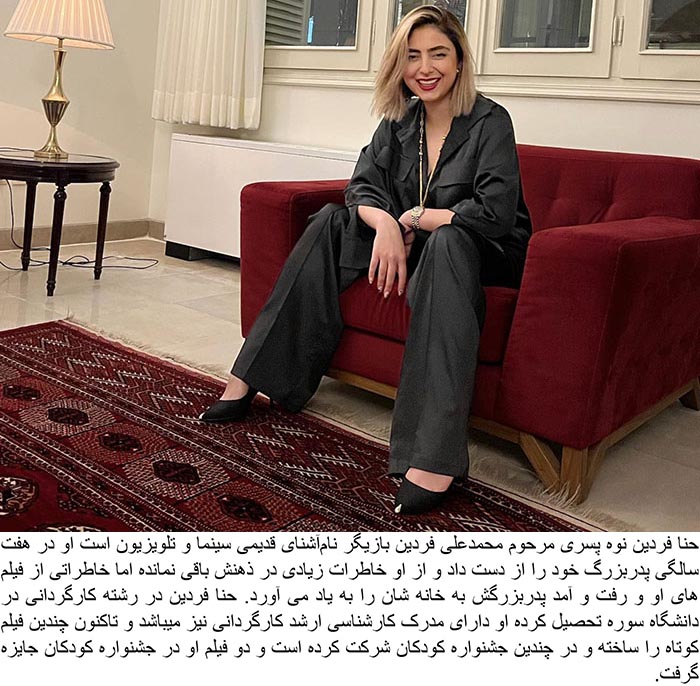 Mohammad Ali Fardin (February 1931 – 6 April 2000) was a prominent actor, film director and freestyle wrestler. Fardin was born and raised in a poor area in southern. He was the eldest of three children. After graduating from high school, Fardin joined the Air Force and became a freestyle wrestler in his twenties; he won a silver medal at the 1954 World Wrestling Championships and placed fourth in 1957.

Mahlagha Jaberi attends the Opening Night Gala screening of “What’s Love Got To Do With It?” at the Red Sea … END_OF_DOCUMENT_TOKEN_TO_BE_REPLACED

Shiva Balochi, the actress in the series Nurses, wrote: As the smallest member of the Muslim community, the hijab has … END_OF_DOCUMENT_TOKEN_TO_BE_REPLACED

Shohreh Mousavi, one of the directors of the Badran Company, who defrauded over 9,000 billion tomans from 300,000 people by … END_OF_DOCUMENT_TOKEN_TO_BE_REPLACED

“Evil and passion work with him.” Open the heart valves. “Its night song can be heard all over the world.” … END_OF_DOCUMENT_TOKEN_TO_BE_REPLACED