The Singer “Shahin Najafi” and his love in Germany 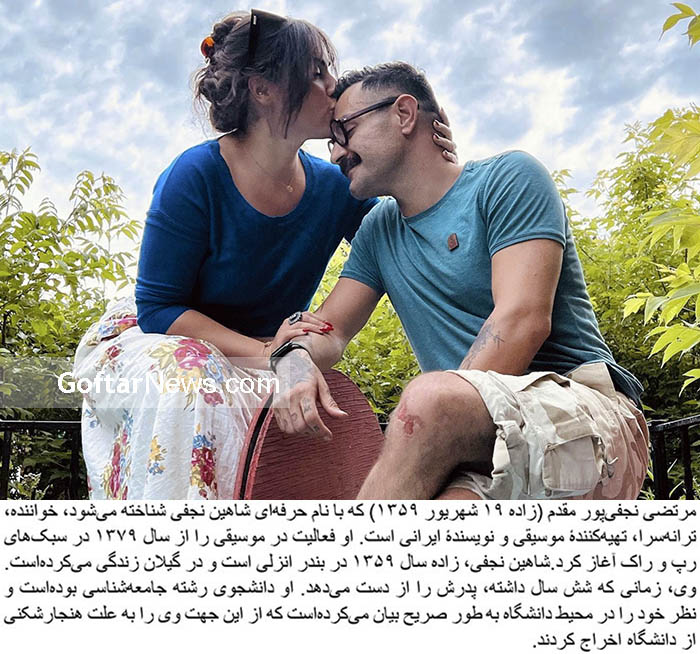 Morteza Najafipoor Moghaddam (born 10 September 1980), better known as Shahin Najafi, is an musician, singer, composer, songwriter, guitarist, poet, author, and political activist. The song has drawn sharp anger from protesters who believe it is offensive towards Imam Naghi, the 10th Imam in Shi’ite. In an interview, Najafi stated that he was inspired by “The Campaign to Remind Shiites about Imam Naghi” to compose the song. The campaign is a Facebook page that pokes fun at, and specifically Shi’ite, hadiths, with members creating fake, funny hadiths and stories centered around a fictional character named Naghi, who is based on Imam Naghi.

Mahlagha Jaberi attends the Opening Night Gala screening of “What’s Love Got To Do With It?” at the Red Sea … END_OF_DOCUMENT_TOKEN_TO_BE_REPLACED

Shiva Balochi, the actress in the series Nurses, wrote: As the smallest member of the Muslim community, the hijab has … END_OF_DOCUMENT_TOKEN_TO_BE_REPLACED

Shohreh Mousavi, one of the directors of the Badran Company, who defrauded over 9,000 billion tomans from 300,000 people by … END_OF_DOCUMENT_TOKEN_TO_BE_REPLACED

“Evil and passion work with him.” Open the heart valves. “Its night song can be heard all over the world.” … END_OF_DOCUMENT_TOKEN_TO_BE_REPLACED