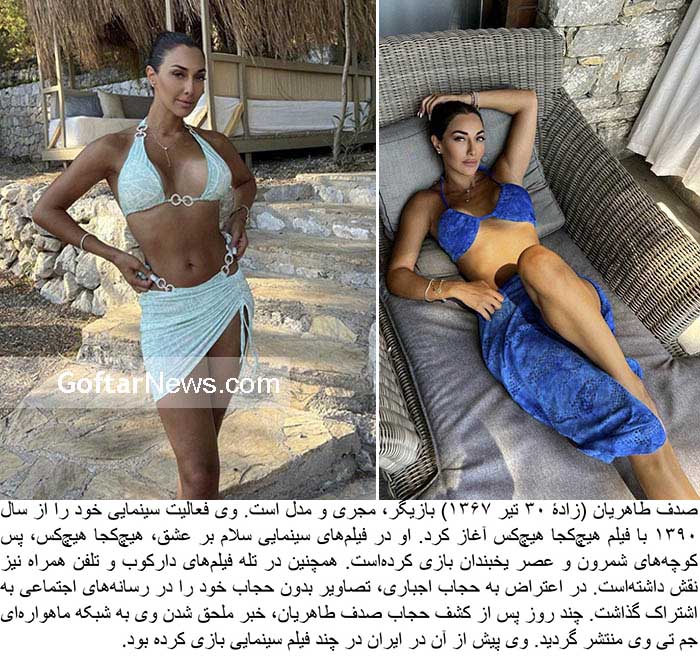 Sadaf Taherian (born July 21, 1988) is a model and former actress. She has had appearances in movies and television. After leaving the country, Taherian posted unveiled images of herself on Facebook and Instagram that were denounced by ministry of culture and guidance. Taherian started her modeling career after leaving. She works with cosmetics, beauty and healthcare companies in countries including Turkey and the UAE. She is fluent in Persian, Turkish and English. Sadaf Taherian posted uncovered photos of herself on Instagram and Facebook in protest at being forced to wear a headscarf, and said she will speak out about the “dirty cinema of “.She has also posted videos on her Instagram account, saying that she had left the country for nearby Dubai and her account was not hacked.

While the hijab monitoring machine and suppression of women’s clothing have returned to the streets after a few months, the … END_OF_DOCUMENT_TOKEN_TO_BE_REPLACED

Cardboard imam refers to the set of cardboard replicas made of Seyyed Ruhollah Khomeini, which were first used in the … END_OF_DOCUMENT_TOKEN_TO_BE_REPLACED

After the departure of the Dutch striker Jurgen Lokadia from the Persepolis team, the directors of this club thought of … END_OF_DOCUMENT_TOKEN_TO_BE_REPLACED

On this special cover, apart from Golshifteh Farahani and Zaramira Brahimi, ten other famous faces have supported  protesting women, and … END_OF_DOCUMENT_TOKEN_TO_BE_REPLACED