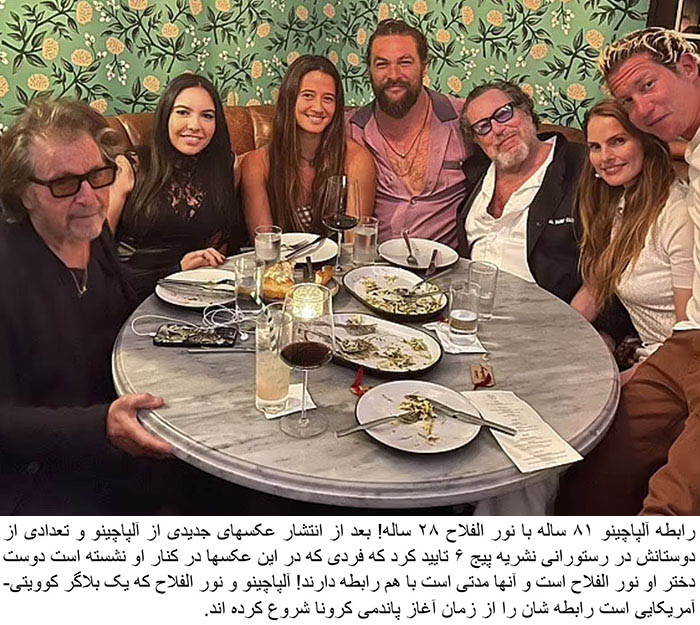 Al Pacino is confirmed to be dating Mick Jagger’s ex-girlfriend Noor Alfallah, who is 53 years his junior, with sources claiming that the couple’s romance began during the pandemic. The 81-year-old Hollywood legend was recently seen cozying up to his 28-year-old girlfriend during a dinner party with actor Jason Momoa after visiting Julian Schnabel’s latest Pace gallery in the Mid City area of LA.

As Donald Trump made abundantly clear during his four years in office, he absolutely hated the job of being president. … END_OF_DOCUMENT_TOKEN_TO_BE_REPLACED

A millionaire Iranian influencer’s gold McLaren supercar was seized after police found him driving it without insurance. Pooyan Mokhtari, 31, … END_OF_DOCUMENT_TOKEN_TO_BE_REPLACED