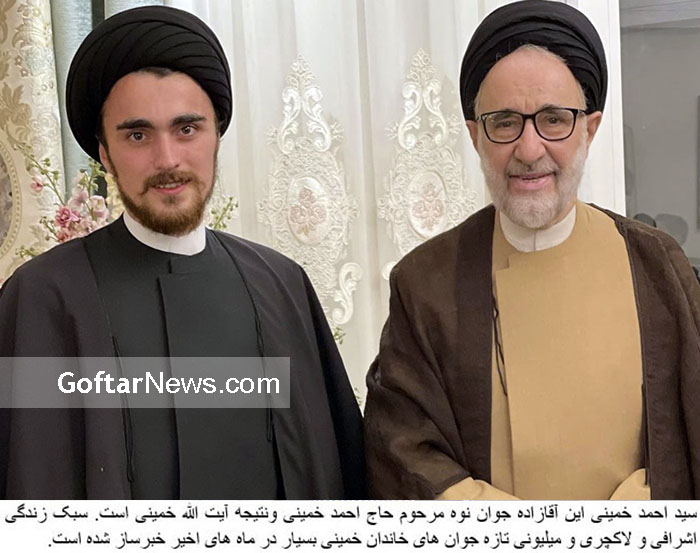 20-year-old Ahmad Khomeini (born on June 4, 1377) married Grand Ayatollah Golpayegani on the night of the birth of the Holy Prophet (pbuh), which was mistakenly written as Ayatollah Safi Golpayegani in some news outlets, for another political and religious union between the family of Imam and Zamai. The area should be figured out. This type of marriage has a long history among the sons of the Imam’s family; just as Martyr Mustafa Khomeini, the eldest son of the Imam, married the daughter of Morteza Haeri Yazdi, the daughter of Grand Ayatollah Abdul Karim Haeri Yazdi, the founder of the Qom Seminary, and the late Seyyed Ahmad Khomeini also married Fatima Tabatabai, the daughter of Ayatollah Tabatabai. The father of young Ahmad Khomeini, also connected with Mousavi Bejnourdi’s family, and his uncle, Sidyaser Khomeini, strengthened the family bond with the great Sadr family. The news of Seyyed Ali Khomeini’s marriage and then migration to Najaf with Ayatollah Sistani’s grandson was heard in the news a long time ago. In an unexpected event, the young and popular Khomeini has connected with the Golpayegani family.

Shiva Balochi, the actress in the series Nurses, wrote: As the smallest member of the Muslim community, the hijab has … END_OF_DOCUMENT_TOKEN_TO_BE_REPLACED

Shohreh Mousavi, one of the directors of the Badran Company, who defrauded over 9,000 billion tomans from 300,000 people by … END_OF_DOCUMENT_TOKEN_TO_BE_REPLACED

“Evil and passion work with him.” Open the heart valves. “Its night song can be heard all over the world.” … END_OF_DOCUMENT_TOKEN_TO_BE_REPLACED

The old actress Shaheen has died.Mahintaj Moghul Kayser, known as Shaheen, a cinematic actor and an old singer, has passed … END_OF_DOCUMENT_TOKEN_TO_BE_REPLACED