Celebrities Shared Their Secrets to Losing Weight, and We Can All Take Notes 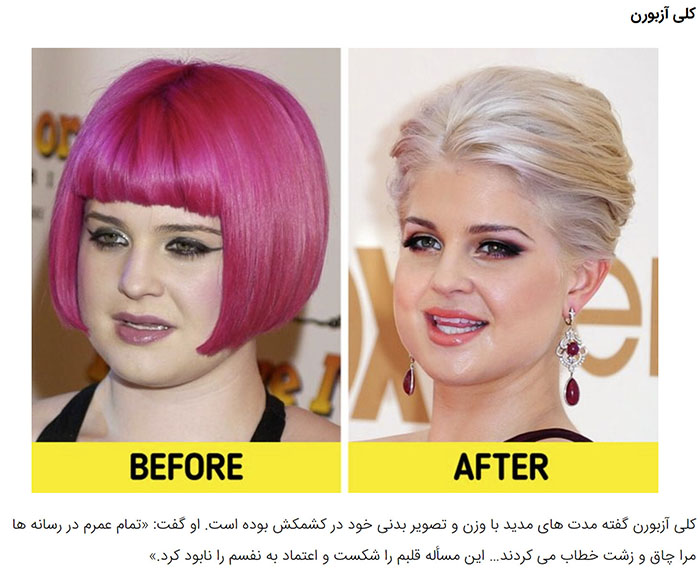 In 2000, Avşar won the Best Female Singer award by Kral TV. Later that same year, she wrote for Günaydın newspaper as a columnist. Avşar was also the editor of Hülya (a monthly magazine). She plays tennis on an amateur basis and won a championship in the TED 2001 tennis tournament. She is also a television personality who served as a coach and judge for the first two seasons of The Voice from 2011 through 2013.

Mahlagha Jaberi attends the Opening Night Gala screening of “What’s Love Got To Do With It?” at the Red Sea … END_OF_DOCUMENT_TOKEN_TO_BE_REPLACED

Shiva Balochi, the actress in the series Nurses, wrote: As the smallest member of the Muslim community, the hijab has … END_OF_DOCUMENT_TOKEN_TO_BE_REPLACED

Shohreh Mousavi, one of the directors of the Badran Company, who defrauded over 9,000 billion tomans from 300,000 people by … END_OF_DOCUMENT_TOKEN_TO_BE_REPLACED

“Evil and passion work with him.” Open the heart valves. “Its night song can be heard all over the world.” … END_OF_DOCUMENT_TOKEN_TO_BE_REPLACED